We have one video also for children interested in Hindi Story.

The Story of Goldilocks and the Three Bears - English

Once upon a time, there lived a small family of Bears. There was a Big Father, Middle sized Mother and Tiny cute baby bear. They lived in a Beautiful house in a forest.

Every morning they would eat Porridge for their breakfast as it was a healthy food. One morning, the porridge was too hot to eat, so Papa Bear decided to go for a walk in the forest.

When they were out, a little girl names as Goldilocks found their house and knocked the door. As no one answered the door, she pushed the door and without anyone’s permission she went inside.

Goldilocks and the Three Bears Continues..

Goldilocks was really very hungry and the porridge looked super tasty, so she sat on the great big chair, picked up the large spoon and tried some of the porridge from the big bowl. But the chair was very big and very hard, the spoon was heavy and the porridge was too hot.

The last bowl’s porridge was neither too hot nor too cold. It was just perfect and delicious that she ate it all up. But the little chair as she was too big for the little chair that it broke in pieces under her weight.

Goldilocks was tired so she went upstairs, where she saw three beds. There was a great big bed, a middle-sized bed and a cute little bed. At first she climbed into the big bed and lay down. The big bed was rather very hard and far too big. Then she tried middle-sized bed, that was far too soft. At last she climbed into the tiny little cutebed. This bed was neither too hard nor too soft. In fact, it felt just perfect, cosy and warm. She fell asleep immediately.

Goldilocks and the Three Bears Continues.. 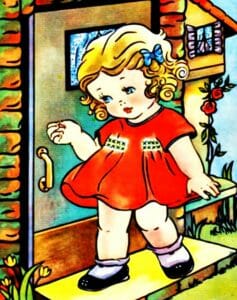 After sometime, the bears family came back home from their walk in the forest. They saw that the door was opened ,they became worried. So the Father Bear looked around and roared with a growly voice.

Mother Bear noticed that somebody had sat on her chair

“Somebody has been sitting in my chair too and has broken it!”

Then Father Bear looked at his bowl and saw the spoon in it and he said in his great big growly voice,

“SOMEBODY HAS BEEN EATING MY PORRIDGE”

Then Mother Bear saw that her bowl had a spoon in it, and she said in her quiet voice.

“Somebody has been eating my porridge” Said the Little Bear looking at his porridge bowl, in his small “squeaky baby” voice,

“Somebody has been eating my porridge, and has eaten it all up. He cried

Then the bear family went upstairs, and saw at once that his and mother bears bed was untidy, and he said in his great big growly voice,

“SOMEBODY HAS BEEN SLEEPING IN OUR BED!”

Then Little Bear looked at his bed and said in his small squeaky baby voice,

“Somebody is sleeping in my bed!”

He squeaked so loudly that Goldilocks woke up with a start. She jumped out of bed, and away she ran, down the stairs and out into the forest. And the three bears never saw her again. 🙂 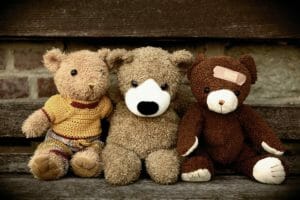 Goldilocks and the Three Bears In Hindi - Video​

MORAL OF THE STORY - Goldilocks and the Three Bears

We must not use anybody’s personal belonging without asking them. They might get angry or feel sad.

We should not destroy another person’s property or any belonging

Kids should not wander alone without elders

ORIGIN - Goldilocks and the Three Bears

The story was initially recorded in narrative form by British poet and writer Robert Southey.It was first called as The Story of the Three Bears”.

Earliest recorded version of this tale was found in 1951 in a collection of early children’s books in the Toronto Public Library. This story was published in a homemade book as “The Story of The Three Bears” related, with illustrations locating it in Cecil Lodge in September 1831. Eleanor Mure, had written the story in verse and illustrated it for her nephew from the story she already knew through oral old tradition. Mure’s version of the tale featured an old woman who intrudes into the bears’ home, sampling their food and other amenities. However,the latest version has replaced the old woman with a little girl 🙂 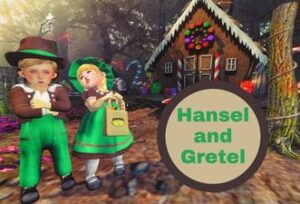 Lets Start – Tortoise and the Hare (Rabbit) Story Once upon a time, there was a Jungle somewhere. There were two friends – Hare(Rabbit) and Tortoise. Hare (Rabbit) was very much proud of his Speed and self obsessed with his Speed. Everyone knows that Hare (Rabbit) can run really fast, so every one praised him ... Read more 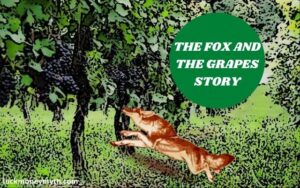 Lets Catchup with another popular bedtime story for Kids, Tales they will Love – GoldiLocks and the Three Bears. Best Story for Kids with Morale, Videos, Slides and everything. Have a look at complete page and checkout our Bed Time for Stories for Kids Category for more such great stories. Till Then – Enjoy Goldilocks ... Read more